“To ignite the creative for all”.

Our aim is to encourage people of all abilities to become involved in the arts and provide a safe space in which to flourish, and be involved in creative and experimental art of all genres. 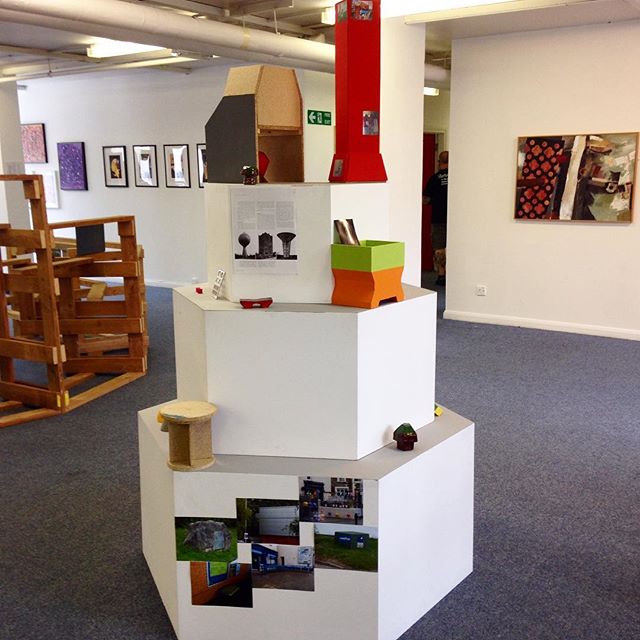 Peter’s work consists of installations that display sculptures, photography, drawing and research which explores the subject of time, place and history.

“I am a Fine Art post graduate interested in sculpture, drawing, photography and installation art. My work focuses on the every day and to document the world at present. My interests are architecture, public spaces, street furniture, everyday objects with a sculptural quality, the over looked, the order of objects, colour, line and the engagement with the present.”

Warren lives and works as an artist and creative freelancer in Corby. In 2009, he received his BA Honours in Fine Art at Oxford Brookes University and has since shown work in London, Oxford and Nottingham and throughout the county.

In 2015 he held his first solo show ‘Sound Forms’ at The Rooftop Arts Centre and later that year moved into Studio 4. 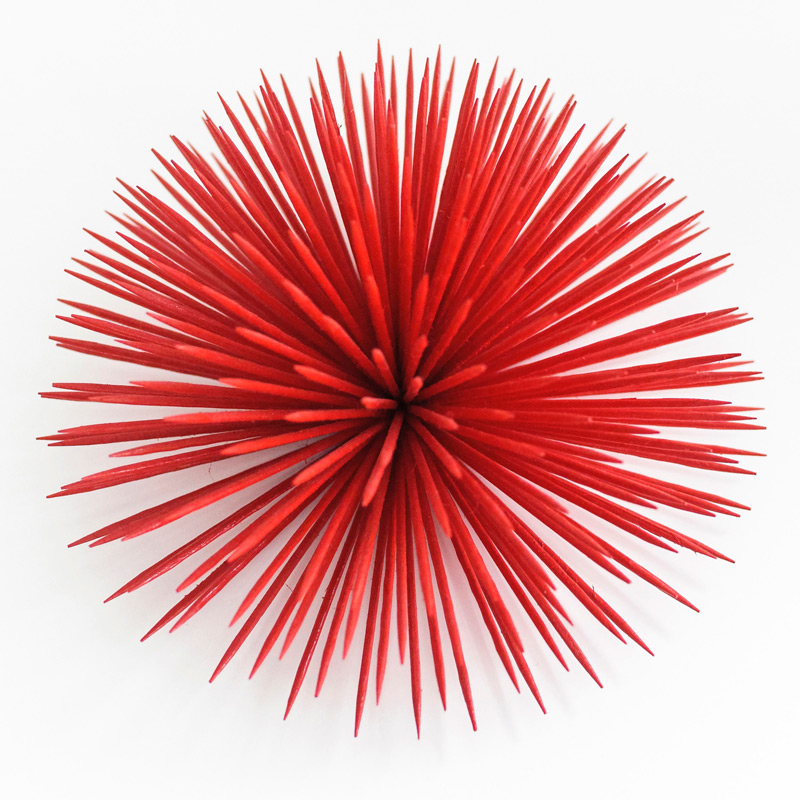 Amanda Drage has been drawing and painting for most of her life and is now a full-time artist living and working in Corby.

Amanda started out specialising in equine art, but her work now covers birds and all wildlife. Amanda produces paintings in oil, as well as drawings in pastel & coloured pencil, graphite, and charcoal, and is self-taught.

For the last few years, Amanda has mostly been working to commission creating portraits of pets. 2017 has seen her return to producing original paintings as she works towards her first solo exhibition, as the People’s Choice prize awarded by Northamptonshire’s Open 16 show. 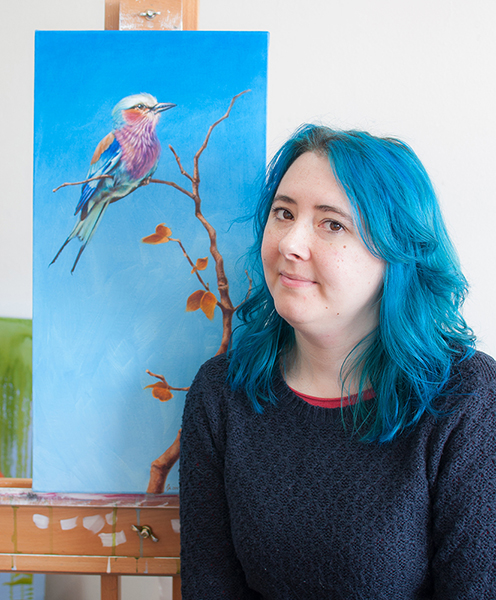 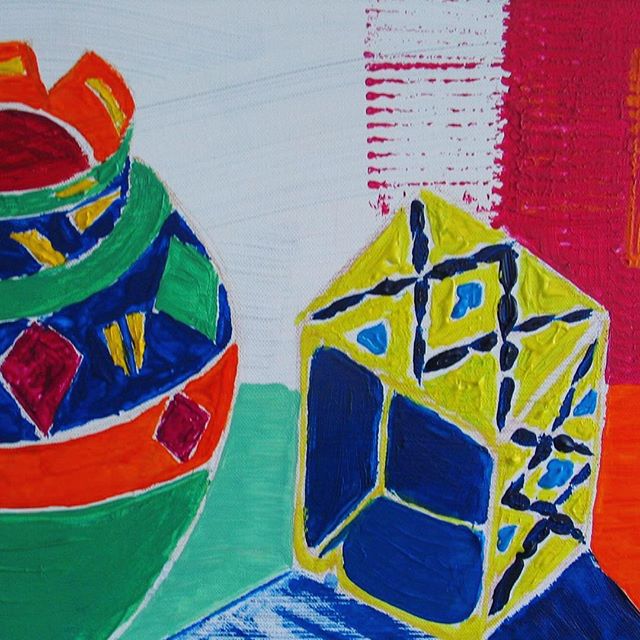 Marina gained a coveted place at Hornsey College of Art but left early to start employment.  After years of living abroad, she took up art again.

Marina is an impulsive artist, painting impasto in heavy acrylics on canvas allowing contours to show where the story goes next, preferring a loose style and finishing in one session.  However, she also loves other methods, like lino printing.

Since moving to Corby, Marina has occupied Studio 5 with artist Margaret, gaining inspiration from working with the diverse resident artists. She is a non-practising qualified Advanced Hypnotherapist and qualified archer and a member of Big About Singing choir. 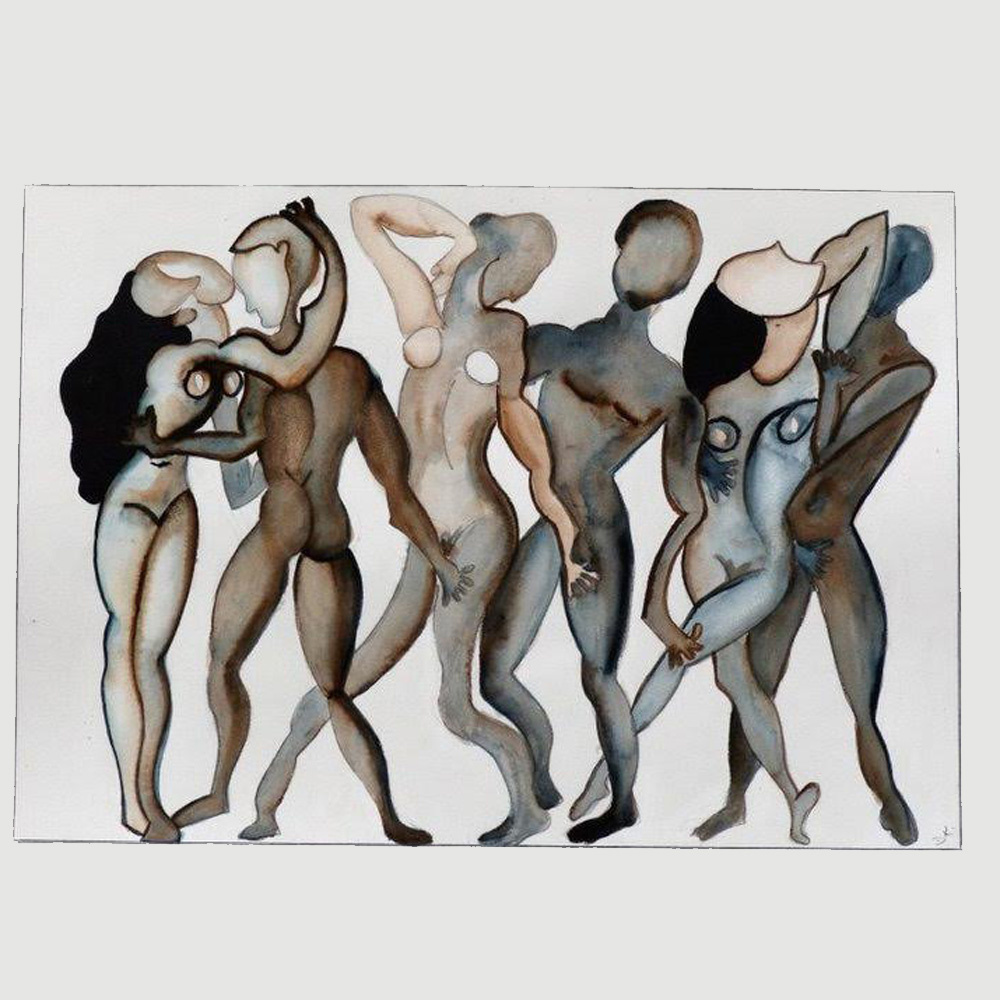 Dinah Kazakoff is a 30-year veteran practitioner in visual arts, photography, and design.  Born and educated in Corby she has spent several years studying and working outside Great Britain mainly in the USA.

In the USA Dinah worked in the Public Relations and Communications Department at the world-renowned Institute for Advanced Study in Princeton NJ, as Assistant to the Public Affairs Director. An accomplished photographer her photo work was published in a number of academic and house publications at the Institute.  Her portrait work of scholars such as mathematician John Nash and campus photographs has gained her a number of credits.

For several years she studied under sculptor and artist Pietro del Fabro at his studio in Princeton NJ, refining her talents in oil, acrylic, and water colour painting.

Martin is a painter, photographer, poet, film maker, installation artist, and composer using traditional and contemporary media. He likes to explore the properties of the materials he uses, looking for ways to subvert them.
He was born in Kent in1948 and has always had the creative impulse to express himself via the arts, influenced by Picasso, Pollock, and other arts from the postwar period.
In recent times he has been experimenting with pastel on canvas to make abstract and figurative work, also playing with found objects to make 3D works. These works are responses to music, history, and life in general.
He is currently venturing deeper into making music, describing it as a kind of 21st Century Blues infused with beats, noise, and sound effects, using guitars, synthesisers, samplers, and the spoken word. His musical collaborations include, “The Mighty Pandl”, “The Slackstring Band”. 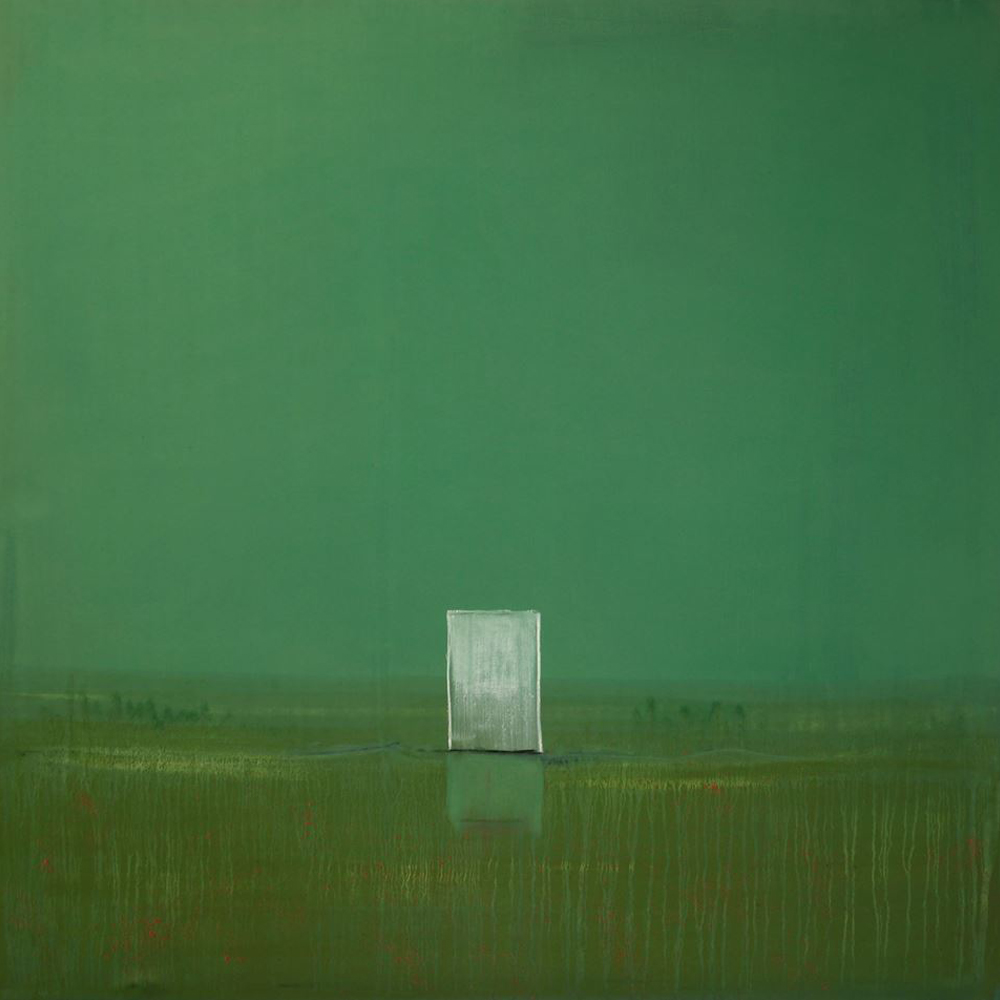 Glenn studied Sculpture at Winchester School of Art in the late 1980s and then moved on to Paris and later Bristol. He returned to the UK and has worked as a tattooist while continuing to pursue his artwork. He has returned to his painting and drawing. 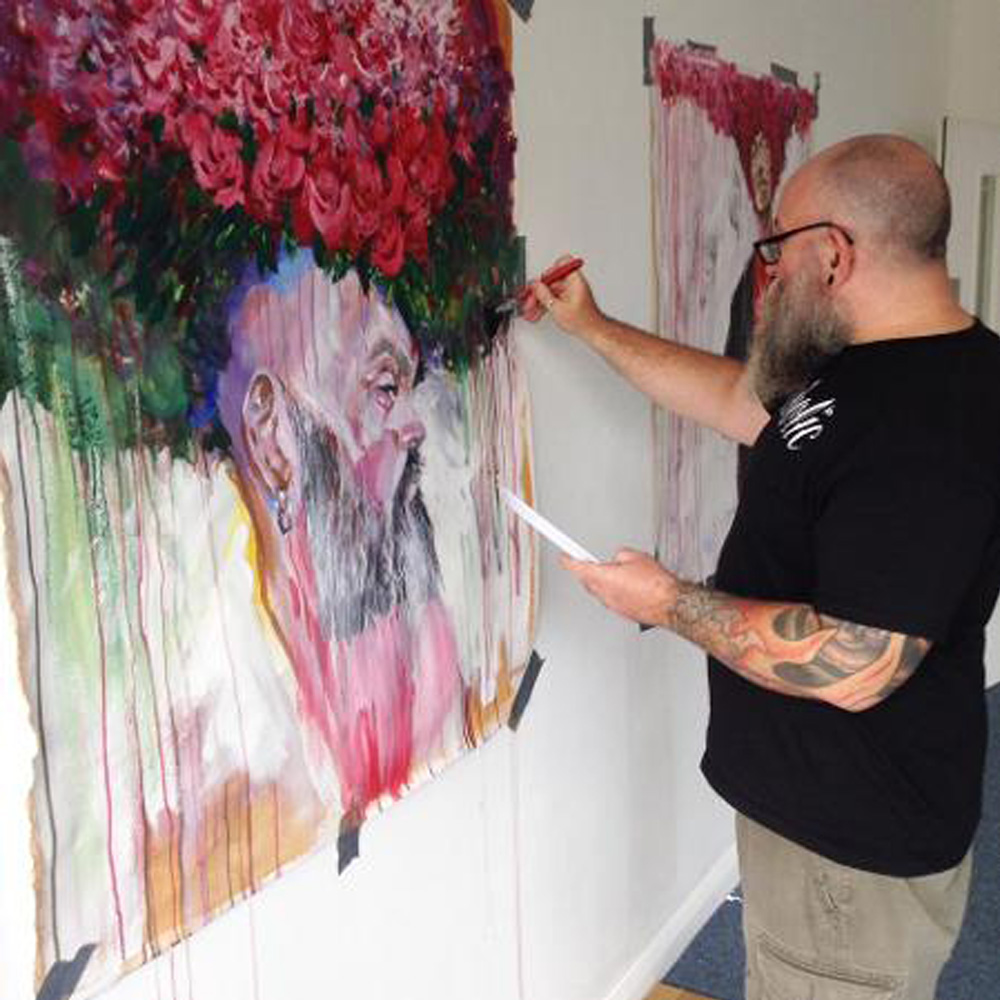 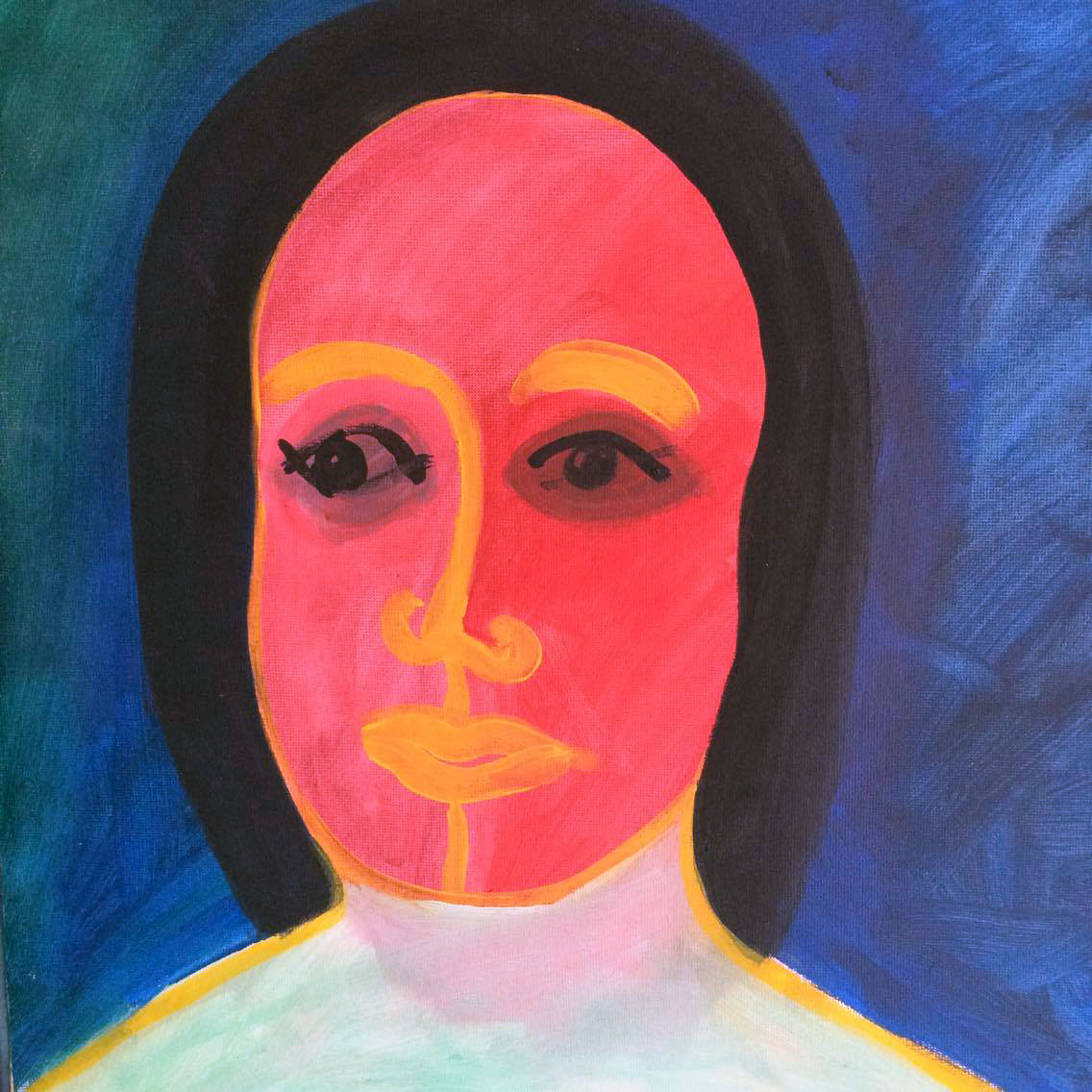 Margaret has a BA(Hons) Degree in 3D Design.

Margaret uses a variety of techniques and materials, in her work. She enjoys the freedom to illustrate her ideas in different ways such as pencils pastel and line printing.

Margaret is influenced by abstract art. She is inspired to use abstraction for her work.

Sharon, a recent graduate of an MA Fine Art programme of The University of Northampton, situates her practice within the margins and in-between requirements of sculpture, installation and performance and most recently questioned the notion of the anti-monumental with works of a temporary nature alongside an observation to the unmaking and remaking, the undoing and redoing as ritual.

There is an ongoing enquiry concerning the underlying meaning and significance of the circle as metaphor relatable to the body and its context; being in a liminal state within the world. Current investigations bring forth questions around materiality and form as a result of an installation of works titled ‘Khora’, a receptacle or space, a material substratum, a site. Deconstruction of the term allowed Sharon to consider the body and non-body in a state of flux between two states of being and non being. 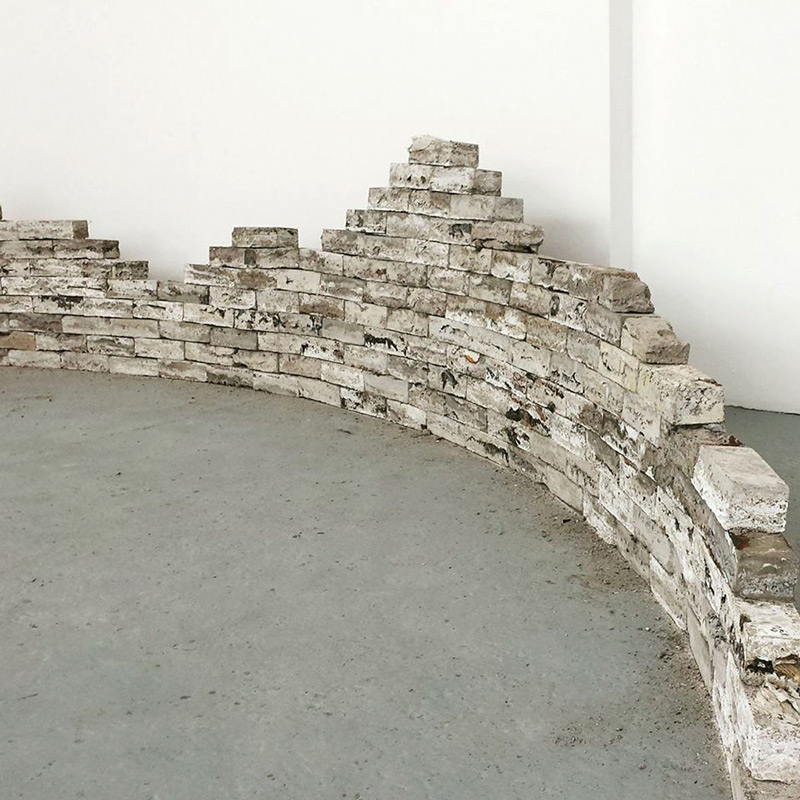 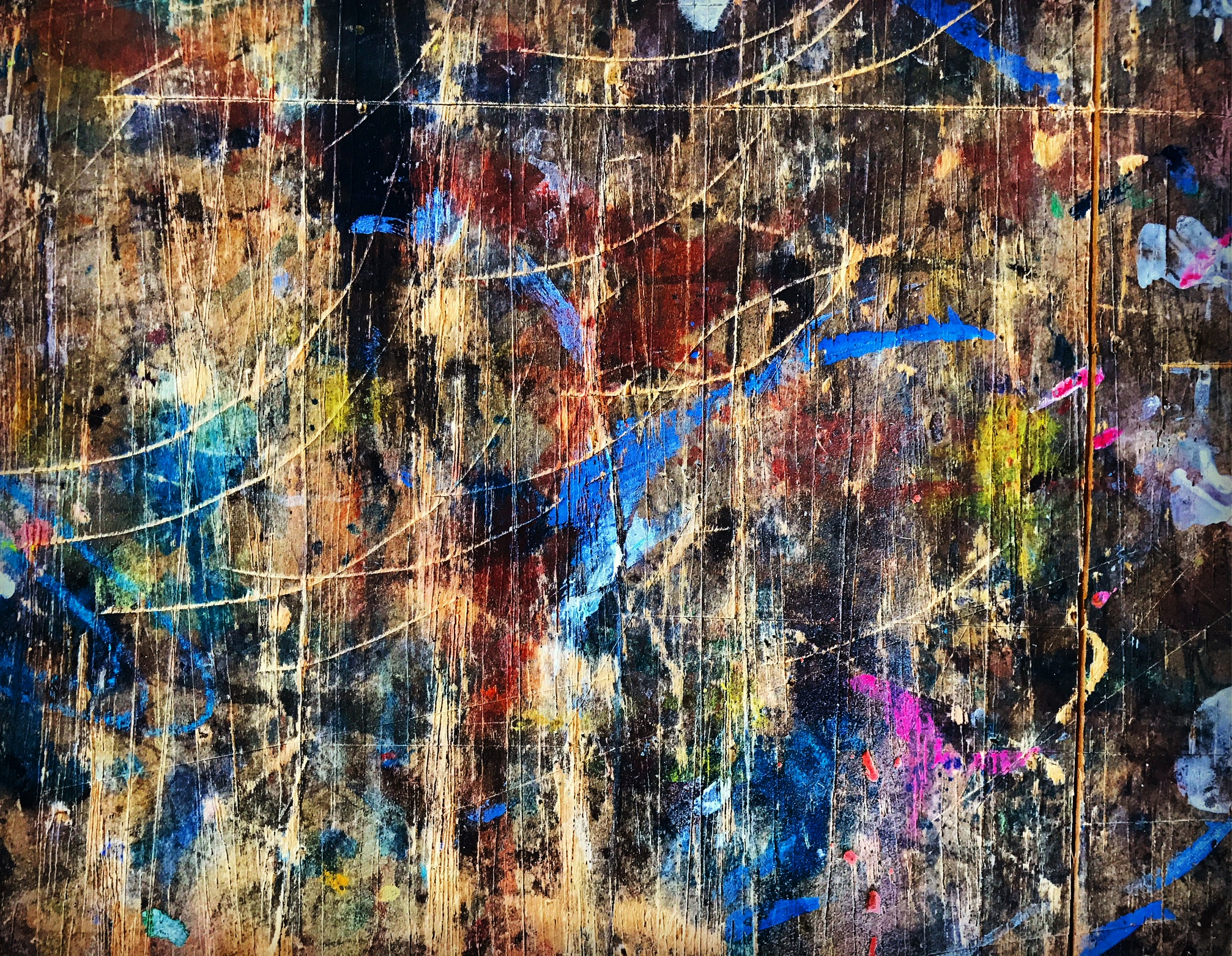 Fanoulla studied Fine Art, Practice and Theories at The University of Derby and graduated in 1998. She then continued to complete an MA, a certificate in education (CTLLS) and run a studio. She is an associate member of The Society of Education.

She has been teaching art and design, at further and higher level for almost 20 years and has exhibited in galleries across the UK, including Halifax, in Yorkshire and London.

Fanoulla is currently running classes at The Rooftop Arts Centre and holds regular workshops, in and around the Corby and Leicester areas, which focus on communities collaborating and working together.

She occupies studio 15 and works in photography and mixed media and often draws inspiration from the unimportant, the discarded and the forgotten; she considers her work to be ‘found’ pieces of art.

Fanoulla is an experienced artist and tutor who hosts regular weekly classes at the Rooftop Gallery.

Marie is a painter, photographer and writer. Her main theme focuses on Skilled Road Engineers, a.k.a. Labourers. Her interest and respect for all that is embroiled in this work and the materials used are reflected in the imagery and subjects chosen to be painted on the canvas. In addition, she paints portraits and works in multi-disciplinary mediums.

She teaches in education, and volunteers her time to share her passion for art in primary schools.

Marie’s influences are drawn through practices of so many creative individuals. From Rosenquist, Van Gogh, Seamus Heaney, Robert Rauschenberg, Saul Leiter, Frank Lloyd Wright; the list goes on. In addition to this list are all the artists that are in the Rooftop Arts Centre. Their ongoing work is a massive stimulus to Marie’s creative process.

She is currently working on commissions for Balfour Beatty and hopes that this will launch her work and her wish to portray and honour the lives of people that work in this demanding sector.

She earned herself a Master’s in Fine Art from the University of Northampton recently with a focus on Semiotics. 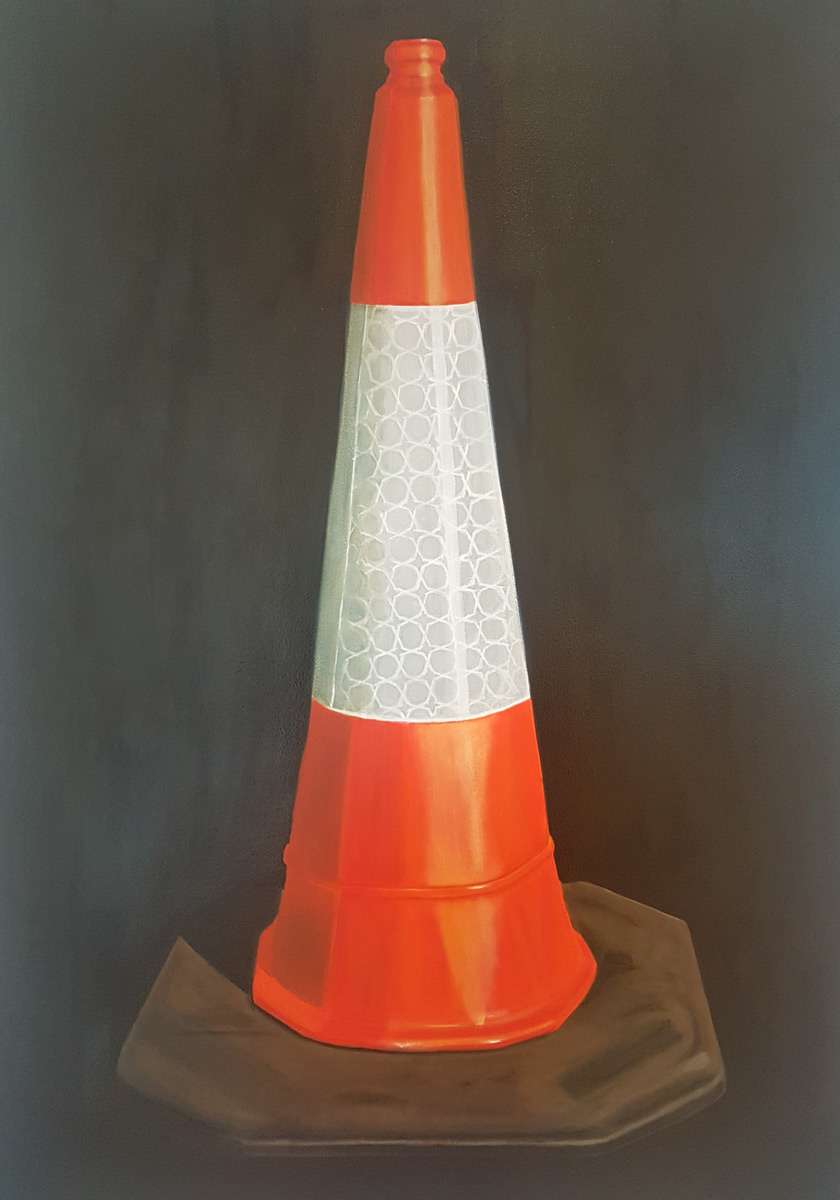