An event every week that begins at 11:00 am on Wednesday, Thursday, Friday and Saturday, repeating until 28 July, 2018 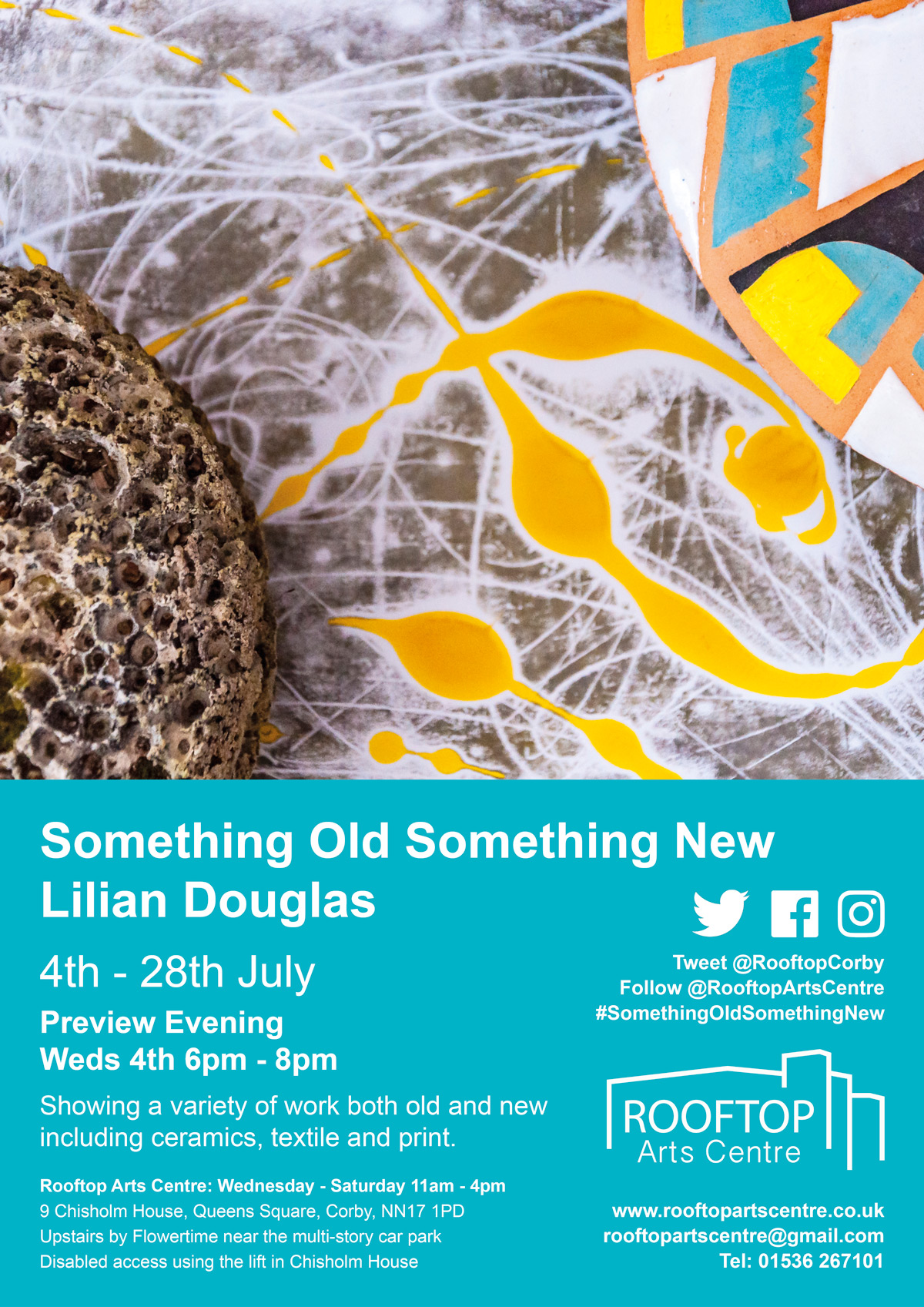 A solo exhibition by Lilian Douglas

My work as an artist spans thirty years. In this exhibition I want to take the opportunity to show old and new pieces which capture the variety of my work.

I was born in Jarrow in 1943 to a shipyard worker father and a seamstress mother, who at that time worked in a bakehouse. In the late 40s and 50s, my older brother and I always had paints and paper available to us. We often went to art galleries and political meetings as a family.

By my teens I was self-employed with my mother making loose covers for chairs and sofas. This work kept my creativity alive over the years. But when my mother died in 1989 I decided life was too short and resolved to study art using my creative talent with textiles as a foundation for work with other mediums. Initially I enrolled at Tresham FE College, to the staff of which I will ever be grateful. Subsequently I did a foundation course in Art and Design and from there progressed to De Montfort University.

I graduated in July 1999 from De Montfort University. I was shortlisted for the RSA Student Design Award 1998-99 Glassware.

My work was exhibited at OXO Tower, London, and the Lighthouse Gallery, Glasgow.

Thereafter it formed part of a traveling exhibition.

One of my designs was selected for New Designers in July 1999 at the Business Centre Islington.

I was Artist in Residence at De Montfort University (1999-2000) in the Glass and Ceramics Department. The Cycle of Life: Birth, Death and Regeneration Through Clay was work I have developed during my year and this formed an exhibition at The Ark in Leicester.

I had an Exhibition at the City Gallery, Leicester, June 2001.

I have been employed in the past as a part-time ceramics tutor at Tresham, Kettering. I was a member of the original group which launched the Rooftop Gallery with Paula Boulton and have been involved ever since. Since we’ve had charitable status I have been a trustee, initially as a chair.